No one would have dreamed, years ago, that there would be a health-care delivery system here with a $7 million annual budget and 130 to 140 employees,” says Hot Springs Health Program (HSHP) medical director Dr. F.B. “Chipper” Jones. “We couldn’t even conjure it up.”

It certainly wasn’t what Linda Ocker Mashburn had in mind when she and fellow nurse Rae Ann Gaserowski moved to Madison County, North Carolina, in 1971 to open a clinic in Hot Springs. The two nurses just wanted to provide residents of the isolated mountain community with some badly needed primary care.

Mashburn first visited Hot Springs, a tiny community on the French Broad River, in 1969, when she was setting up health fairs throughout a five-state region for the Council of Southern Mountains. Jerry Plemmons, chairman of HSHP’s board of directors and one of the founders of the original clinic, was working with the local community action agency at the time.

During summer visits in 1969 and 1970, Mashburn got to know Plemmons and a lot of the local people. “It was apparent to me,” she recalls, “that Hot Springs, and that whole end of Madison County, was in desperate need of a primary-care center. They had a simple concrete building, built for health care and used by a succession of physicians in the 1950s. During the years it had stood vacant, its roof had fallen in. But the community action agency had renovated it. The community was hoping that a solo physician was going to move a practice into it, but I knew that wasn’t going to happen.

“I told people in the community that if they were willing to work, I and another nurse would come to Hot Springs and try to develop a primary-care program for them,” Mashburn says. Hot Springs residents immediately formed a working group that gave Mashburn and Gaserowski support and advice, and helped raise money to get the program up and running. The group kept the community abreast of developments, and saw that community input was incorporated into the bylaws and articles of incorporation that still form the basis of the program’s operation.

It was the nurses’ resolve—and the support of the community—that saw the clinic through its first lean year. Until a five-year grant from the Appalachian Regional Commission put the Hot Springs Health Program on firm financial footing in 1972, it “operated on fees, volunteer labor, and a little foundation money. We paid the physicians who came out to help us a little something, but the nurses, nurses’ aides, and the bookkeeper basically worked for nothing. I lived on my savings,” says Mashburn.

“Hot Springs Health Program” is a modest-sounding name for a health-care service that now operates four busy medical centers and is the sole provider of primary care in Madison County. But HSHP’s board decided several years ago to honor its beginnings by retaining the program’s original name, says Plemmons.

Almost from the beginning, HSHP’s board had more than a single small clinic in mind. “Our concept was to establish a network of three centers, each staffed by a mid-level practitioner—a physician’s assistant or family nurse practitioner—and to hire one physician to circuit-ride all three,” says Plemmons.

The ARC grant made that possible. With the money, HSHP opened centers in Laurel and Walnut, outfitted a dental clinic at the Hot Springs center, bought three vehicles to facilitate staff transportation between the three centers—and began compensating staff on a regular basis.

Building a rural health-care practice using a community corporation (rather than a physician) as a base was a groundbreaking idea back in the early 1970s when Mashburn and the Hot Springs community decided to try it. A community-based rural practice was a great idea “because doctors come and go and nurse practitioners come and go. When they do, you’re not back at square one. You still have your base to build on. At the time Hot Springs tried it, that was non-traditional,” says North Carolina Office of Rural Health and Resource Development director Jim Bernstein.

Also groundbreaking was the board’s concept of staffing the practice with nurse practitioners and physician’s assistants. What Hot Springs proved was that residents of rural areas could receive quality health care in clinics staffed by mid-level practitioners; recruiting a full-time physician was no longer a critical first step in establishing a rural clinic. So successful was the Hot Springs model that by the mid 1970s, Bernstein’s office had helped 10 to 15 other rural communities in desperate need of primary care open similar community-based health clinics.

HSHP’s early operation was anything but fancy. The first Laurel clinic opened in a rented farmhouse that the community converted into a medical center, and the first center in Walnut was in a local church building. The Walnut clinic became the Marshall-Walnut Medical Center when it was relocated in 1978, and will move again when a new building near Marshall is completed. Facilities in Hot Springs and Laurel have also been upgraded. Laurel built a new clinic with the help of an ARC grant in the late 1970s; in the early 1980s, another ARC grant went toward a new 6,100-square-foot center for Hot Springs.

The same creativity and determination that saw the program through its first year were called upon again in 1986, when HSHP’s board of directors decided to forego federal funding to become self-supporting. After HSHP’s ARC funding ran out, the program received federal Bureau of Community Health Services monies for nearly a decade. It could have continued to receive the funds, but several factors prompted the board to decide to become self-sufficient. “We wanted to buy out a private practice in Mars Hill from four doctors who were retiring,” Plemmons says. “Rumors were afloat that federal funding would be cut. And a lot of people just wanted the program to be independent. It has been a real struggle at times, but I think we made a wise choice.”

“It was a big philosophical and economic decision,” HSHP medical director Jones remembers. “Nobody outside the program thought we’d make it without federal money. For the first few years we looked at the cash flow from month to month, worried from payroll to payroll. There’s much less of that now.”

Indeed, HSHP has just embarked on an ambitious $3.1 million fund-raising effort to build a centrally located, 19,000-square-foot headquarters near Marshall that will house one of its four existing health centers, a dental clinic, an outpatient rehabilitation area, and its administrative offices. The building will occupy part of a 75-acre “health-care campus” HSHP will share with the Blue Ridge Center (which provides mental health, developmental disability, and substance abuse services), the Madison County Health Consortium, and one of the Madison County Emergency Medical Service outposts.

Buying the Mars Hill practice doubled HSHP’s patient base, and, says Jones, gave it “the critical mass we needed to make things work.” HSHP then hired more physicians and enlarged the scope of its services. Knowing economic decisions can make or break you “keeps you from turning your nose up at things, makes you offer services people both need and can afford,” Jones explains. “Before 1986, for example, we didn’t have evening hours. I think people feel better, when they come home from work at the end of the day, knowing there is a place to take their sick kids. And we’ve been able to add hospice and physical and occupational therapy services, and much better home health [services].”

Through the years, HSHP has received generous support from the North Carolina Office of Rural Health and Resource Development, the Kate B. Reynolds Charitable Trust, and the W.K. Kellogg Foundation. Another key element has been the Mountain Area Health Education Center and its residency program.

Today HSHP is the county’s fourth largest employer, with an annual payroll of more than $3 million. Recruiting doctors has long since ceased to be a problem, as the staff of 11 physicians, aided by two family nurse practitioners and a physician’s assistant, attests.

The Hot Springs Health Program is “a spectacularly successful example of what rural health services can be, not only in the state, but in the country. It represents the cream of the crop, shows what a community can do when it sets its mind to it,” says Jim Bernstein. “We’ve helped establish 71 rural health clinics in North Carolina since our office opened in 1973; we used what we saw working at Hot Springs and at another clinic in the eastern part of the state as our model.”

“Residents of our rural communities often have a difficult time finding good health care,” North Carolina Governor Jim Hunt acknowledges. “I remember when the folks in Madison County started the Hot Springs Health Program. The people came together to do something for their families, and most of all for their children, and they developed a vision that became the Hot Springs Health Program. I have watched over the years as local determination and local leadership developed this first-class, homegrown enterprise that is a shining model for rural communities throughout our state. I have visited their facilities, and I am so proud of their achievements, particularly since the children of Madison County have access to really good medical care. Our ARC contribution helped to make their vision a reality. I want our partnership with the people of Madison County, and throughout our Appalachian counties, to make this kind of positive difference in people’s lives.”

Elizabeth Hunter is a freelance writer based in Bakersville, North Carolina. 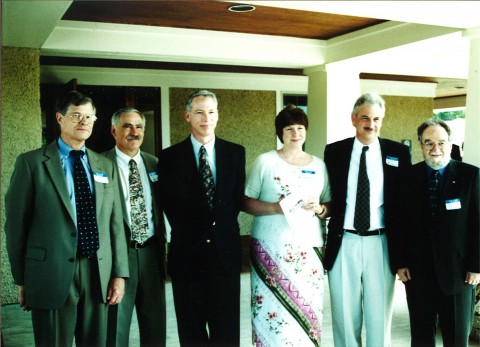 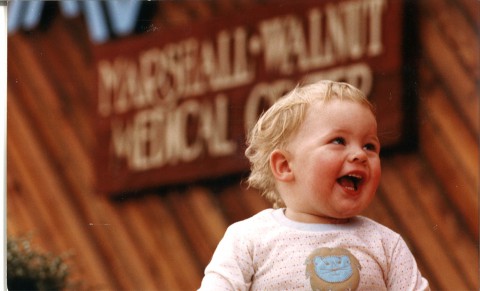 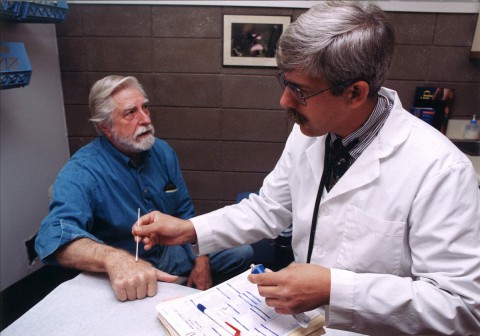